Going through the pandemic blues? Don’t worry, you’re not alone.

To help you through these troubling times, and hopefully inspire you to overcome that creative block – music being a universal language and all – here’s some musical inspiration that came out of the Covid-19 pandemic, sort of.

To start off the list, I have to mention Pearl Jam’s Gigaton. The band released their eleventh studio album on March 27, 2020, at the start of the pandemic when we were all first introduced to social distancing, face masks, and the new normal.

With songs like River Cross, a soothing anthem of hope and unity in these hard times; and Retrogade, a perfect tune to describe the current state of a world threatened by global warming; listening to this album really made the Covid-19 lockdowns easier for me to pull through.

Although this isn’t exactly a product of the pandemic as the band began recording the album back in 2017, and started writing some songs even before that. However, the release and promotion of the album did take a hit due to the coronavirus.

The album also features the traditional anti-government tunes we’re used to from Pearl Jam – which made getting through Trump’s constant barking much easier to endure. Listen to Quick Escape and Seven O’Clock if you’re looking for that.

In short, Gigaton and everything that came with this album has been nothing short of an inspiration for me. So much so that when I started writing this post I wrote too much about the album that I decided the project needs its own post.

If you’re familiar with Pearl Jam’s previous work, you’ll understand how revolutionary this album is. Gigaton is a great example of successful creative experimentation. You can listen to the full album on the band’s YouTube.

Watch the Making of “Retrogade“.

You know we’re all in this together when the legendary Roger Waters of Pink Floyd does a virtual collaboration.

The backing vocals by Jess Wolfe and Holly Laessig gave me goosebumps. Amazing addition to the song Mother. The guitars, the drums… everything about this performance is perfect.

I discovered Michael Kiwanuka about three years ago when I came across Love & Hate. Haven’t been able to let go ever since. Another creative genius; the diverse styles of his songs make his music easy for anyone to fall in love with.

Kiwanuka takes us to The Victoria and Albert Museum in London. A piece of beauty in itself.

With captivating camerawork capturing some of the hidden details within the museum’s architecture, accompanied with the perfect soundtrack by Michael Kiwanuka and co, you can easily get lost in this performance. And the acoustics of this place takes the song to a whole new level.

Kudos to the director, the band, audio engineer, and everyone involved. This is truly an amazing experience worth preserving in the archives.

You know what people who listen to Glen Hansard usually say? “This guy deserves more recognition”. If you haven’t heard his music yet, now’s your chance.

A great musician from Ireland. The frontman of yet another 90s band, The Frames. The energy in every one of his shows is amazing. You won’t regret watching a concert with the full band.

Glen Hansard’s performance for Other Voices at the National Library of Ireland is remarkable. The acoustics of the space are beautiful, and the intimacy in it being a live “from home” performance makes this show all the more special.

Remember Closer? Yeah, another band from the 90s is still alive and kicking, and making some great music; Travis.

The band’s music is especially popular in our house. Between my wife, our toddler and myself, you’ll hear everything from our Children’s music to Metal played in the house. We usually agree to disagree on most songs. Travis is one of those bands that all three of us enjoyed their music.

Fran Healy, the band’s frontman, animated this music video himself during quarantine. Frame by frame, he rotoscoped the video.

I’ve tried to rotoscoping myself a few times and it just eats up your time. You have to have the patience and discipline to do it alone for almost three minutes (or around 5,000 frames). The results were so enjoyable that even my son asks to play “The Ghost Song” when he sees it.

This band has really taken a tragedy and turned things around. Their creativity shines in these videos. And needless to say, they did a few more isolation videos that you can see on their channel.

Making of “A Ghost”

Travis – The Only Thing

In addition to Gigaton with Pearl Jam, and a few live social media appearances and collaborations, Eddie is the co-founder of EB Research Partnership, a non-profit organization funding research aimed at treating EB.

Epidermolysis Bullosa, or EB, is life-threatening skin-disease that affects children at birth.

Eddie wrote the songs Say Hi and Matter of Time to support the cause. Say Hi was written for Eli Meyer, a brave 6-year-old afflicted with Junctional Epidermolysis Bullosa.

On November 18, videos for both songs were uploaded on Eddie Vedder’s official YouTube channel.

The animated music video for Matter of Time was beautifully animated and produced by Solis Animation and Door Knocker Media.

Another band that deserves more recognition, The Main Squeeze. Every musician in that group is talented beyond average. Listen to their covers of War Pigs, Redbone, and Have a Cigar, for instance.

With concerts and music festivals shutting down due to Covid-19, the band set up their own live concert at home. They broadcasted killer social distancing shows.

This performance in particular gets you in their funky groove. Enjoy it if you’re taking a break too:

You know how you see some bands and musicians hanging out together frequently that at some point you expect a collaboration or at least a jam together? Yeah, this, I did not see coming.

Interestingly, I discovered Black Pumas about a year ago. Around this same period I started listening to Jack Johnson. Before I’d only heard a few things here and there.

Whatever made this collaboration happen, I’m happy it did. Jack just smoothly and seamlessly fit into one of my favorite Black Pumas songs, Colors.

Say what you will about Johnny Depp as a musician. I think he’s great, and this cover of John Lennon’s Isolation is an awesome nod to the lockdown isolation.

Trent Reznor did it again. The guy’s another creative mastermind. To help people cope with the lockdowns, Nine Inch Nails released two albums entirely on YouTube for free streaming.

To conclude our list for the day, click here to watch a video of Pearl Jam performing Dance of the Clairvoyants from their homes.

Of course I couldn’t include every song/video released during this year. That would be without a doubt an extensive list. There have been many great releases by musicians all around the globe. These are just from some of my personal favorites.

Came across any cool songs or music videos created in lockdown? Share ’em in the comments!

If you’re a musician, how did the pandemic affect your work? 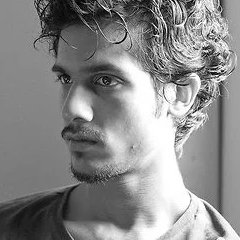 A versatile artist with a strong passion for music, film, and everything art. Khalid writes and imagines stories and visuals as the Creative Director at Bent Road Films.

He also contributes ideas, writings, and artwork to Alleviated Media, an online blog he founded.

How often do you buy a poor quality product twice? And how often do you recommend a business with poor service?
Going through the pandemic blues? Don’t worry, you’re not alone.
Always keep in mind that Instagram is a social platform; not the yellow pages. Think of it as a marketing channel out of many others (e.g. your website, blog, Google Ads, YouTube, Facebook, LinkedIn, etc.).
Light and skin testing on a character we're developing for a short animated film in the works.
Sometimes the promise of short-term results can make it tempting to try something like buying followers, faking reviews, or intentionally being manipulative in advertising. But these practices can quickly damage your brand.
We made this 3d shot as part of a TV commercial for a developer. Watch with the sound on for a better experience.

More of this stuff?