Our creative team took a leap forward in October last year when we worked on something completely unique to our forte — an architectural visualization. Well, sort of.

We were commissioned to work on a TV commercial for a housing initiative. The idea was simple… the director would film an interior scene of a family preparing for a meal. As the camera pulls back we exit the house. The shot ends with an aerial view of the townhouses, and the entire housing project.

The catch? The development hadn’t begun on the project, so we had to design and create the entire residential area digitally in 21 days.

Every production comes with its own set of unforeseeable challenges.

When the director described the project to us, we knew that we were going to face many. You can see our process below, as well as some of the challenges we’ve encountered.

To allow ourselves some time for detailing and account for any errors or mishaps, we started working on the 3D segment before filming was completed. So again, we had no point of reference for pace, timing, or camera movement.

Since the storyboards were done by the director, we started our pre-production process by estimating the scale of the townhouses and the neighborhood. Then, we imagined the camera movement and the overall composition according to the director’s vision.

We created everything to real-world scale.

To eliminate more guesswork and avoid revisions on the designs later in production (which could lead to serious drawbacks and additional costs), we shared early drafts of the villa designs with the client before adding any details.

The designs were approved with some minor changes such as colors and door style. 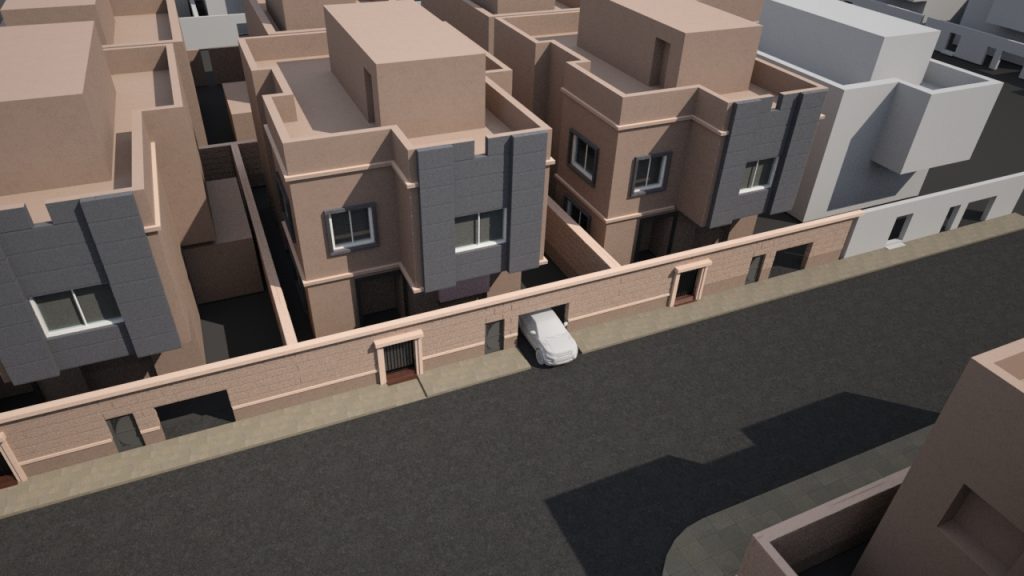 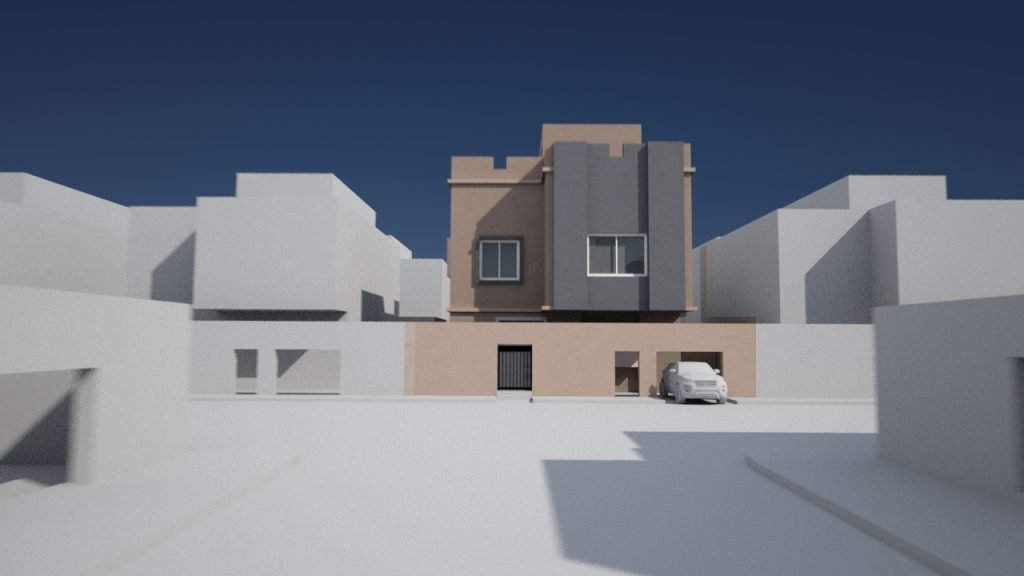 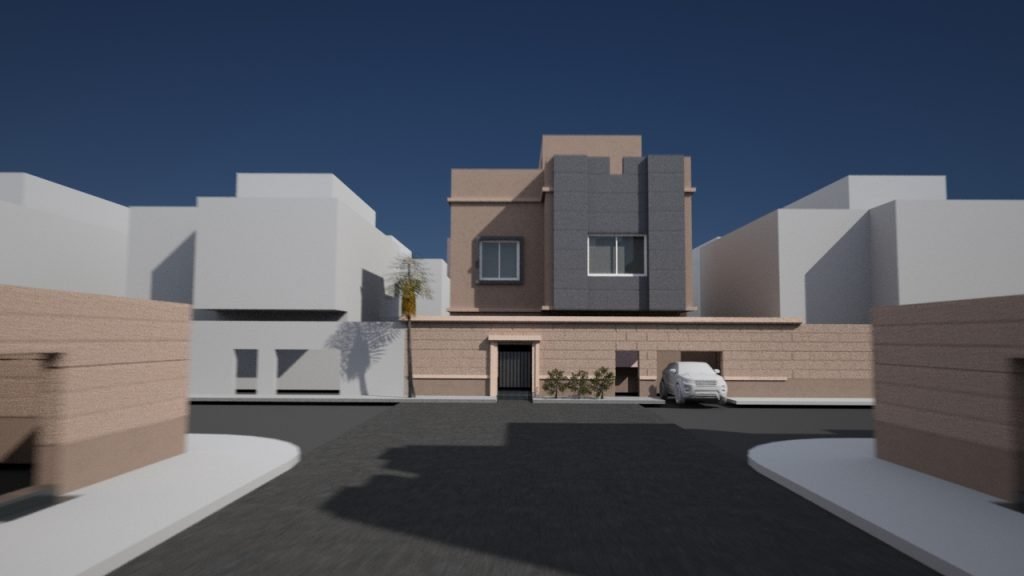 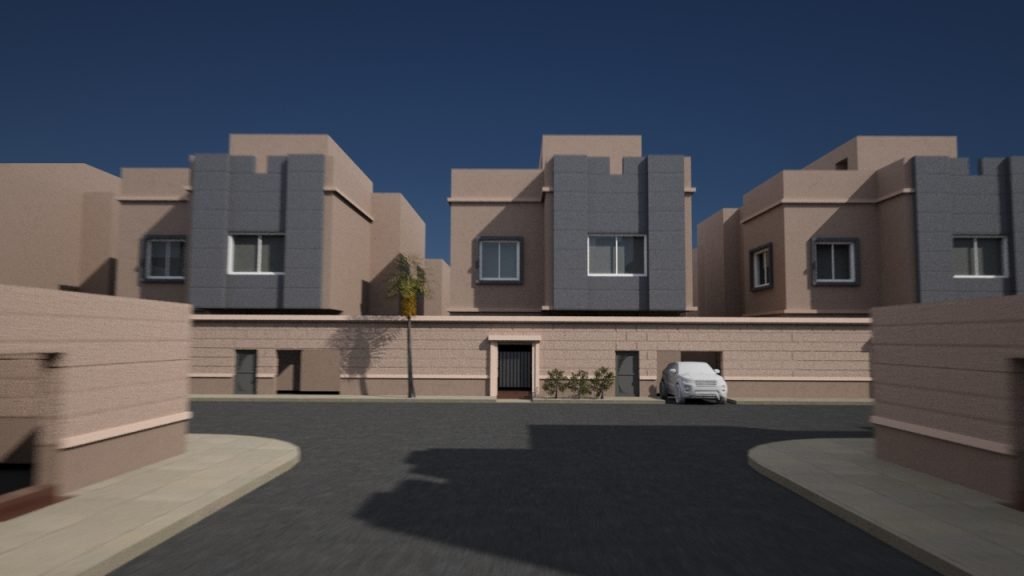 Because the filming took place in Saudi Arabia, we couldn’t be on set to guide the crew and give them notes on how to prepare the footage and the tracking points for CGI compositing.

Once the footage was delivered to us, we had to work with it as-is. No tracking data. No edits. And no option to re-shoot.

This meant that recreating and matching the camera movement from the footage would be much harder.

Additionally, the pace and movement in the footage was inconsistent. We also had to decide on when and where, within the 30-second advertisement, should we transition from live action to CGI. This added more hurdles that we’ve managed to overcome by starting the transition sooner.

Soon as the client and the director were happy with the drafts we started detailing and finalizing the scene.

We added more details to the main buildings within the scene: houses, school, mosque, and park. Giving everything a little more depth as we go, as much as time allowed. We also corrected and added details to the roads and pavements.

We purchased additional 3d models such as cars, trees, and other objects from CGTrader and TurboSquid.

Aside from the camera tracking/matching, the animation for this project was very straightforward. We rigged the car models and animated them across the neighborhood.

To give the scene more life, we added some subtle movements throughout the scene.

By adding a skylight (3ds Max) and adjusting it we easily matched the lighting in the live action footage.

For our own satisfaction, we did a couple of night shot tests after the project was delivered.

As for the textures, we created some of them ourselves, while sourcing the rest from TextureHaven (great high-resolution maps) and TextureLib. 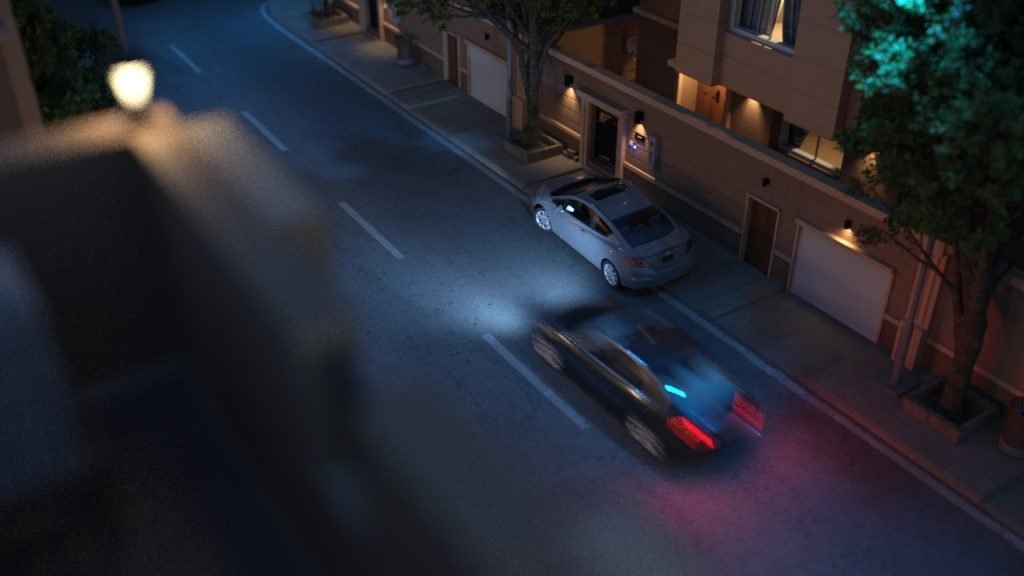 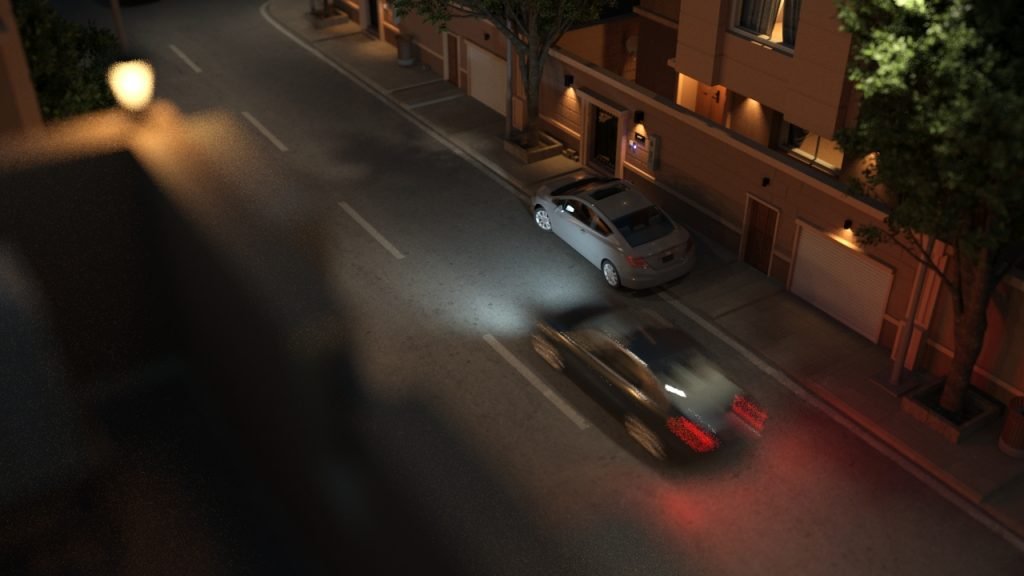 To export everything we’ve used cloud rendering to speed up the process. Our go-to renderfarm is RanchComputing. Although they would run you a couple of extra bucks more than some of the other popular renderfarms, their customer support is impeccable. Highly recommended if you’re looking for a reliable renderfarm. And no, I’m not paid to say that.

Our team wasn’t responsible for any post-production. Post was to be done by the director’s team.

But, to make things easier for them, we keyed out, tracked, and positioned the footage of the school students on the sidewalks. We also corrected the colors of the footage and added the shadows. You can see still frames of the compositing process below. 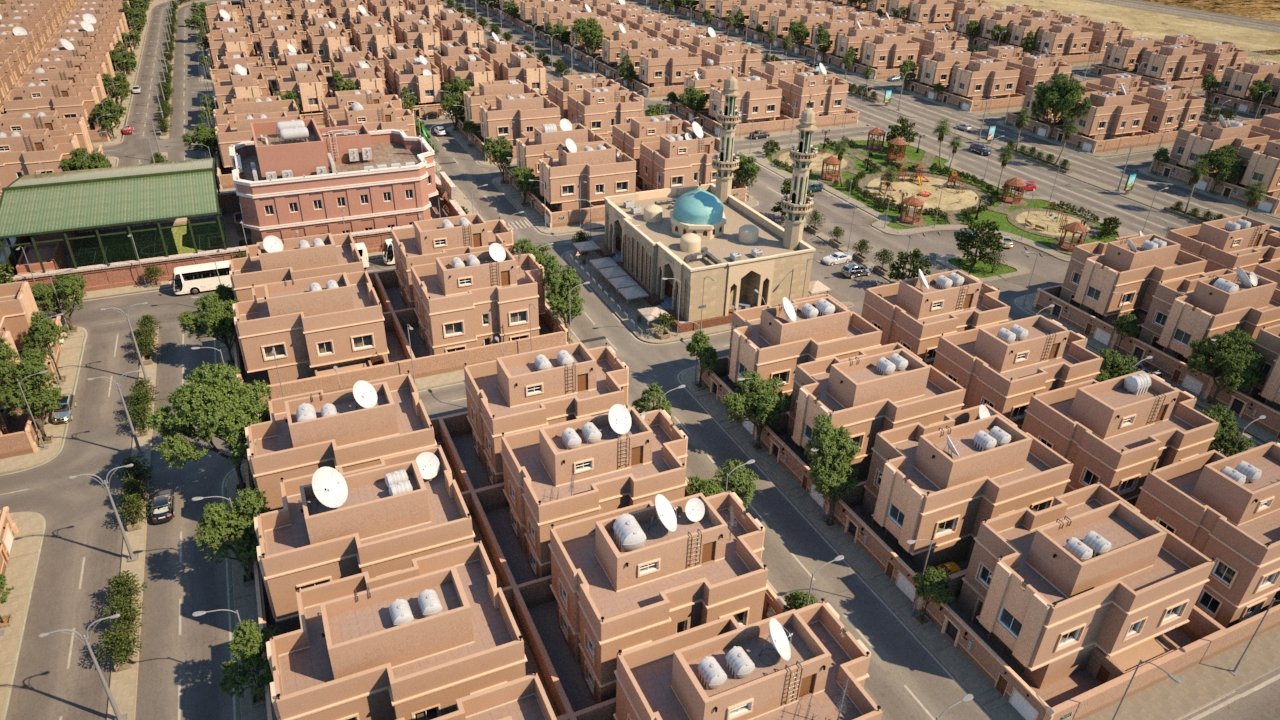 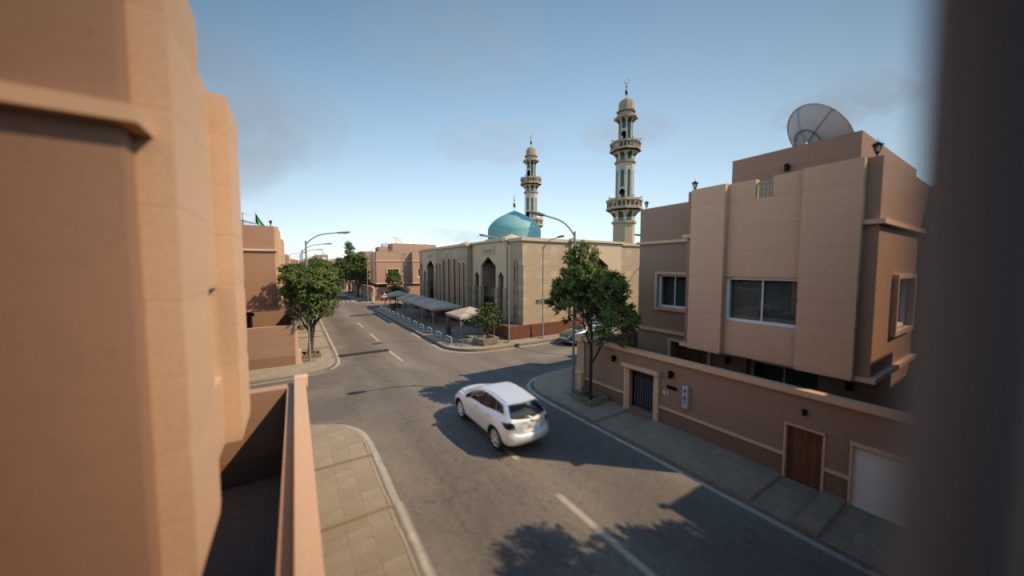 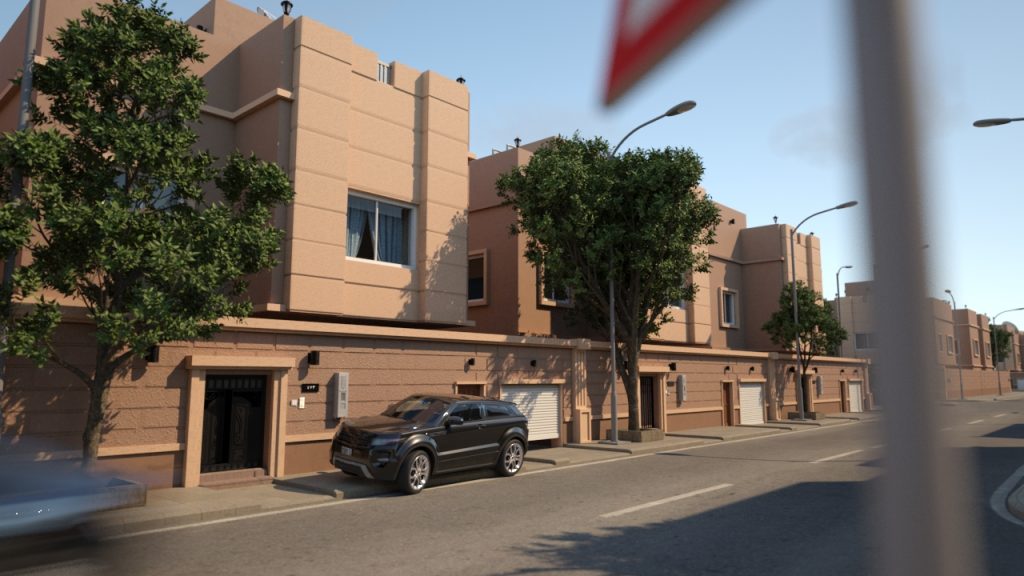 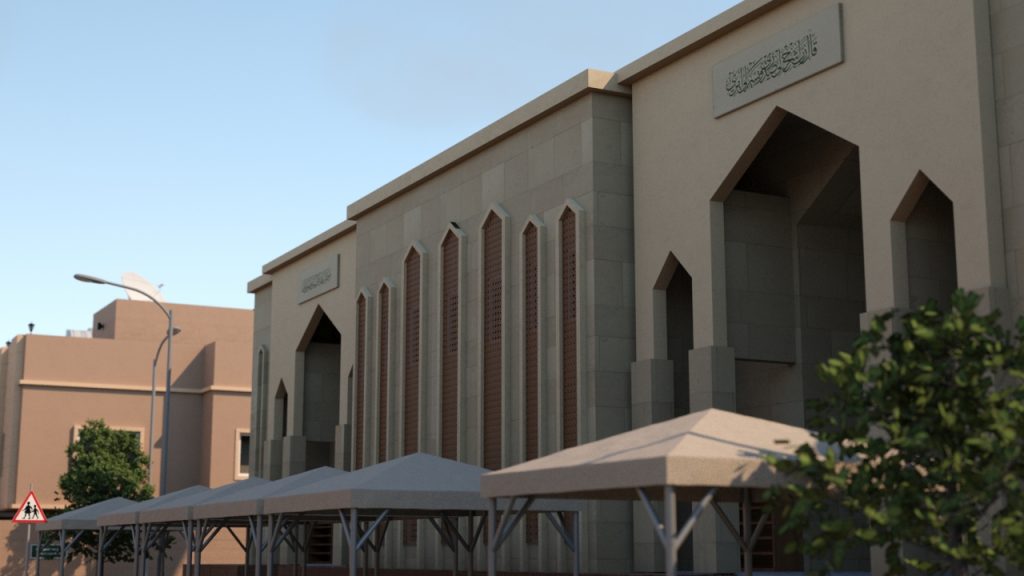 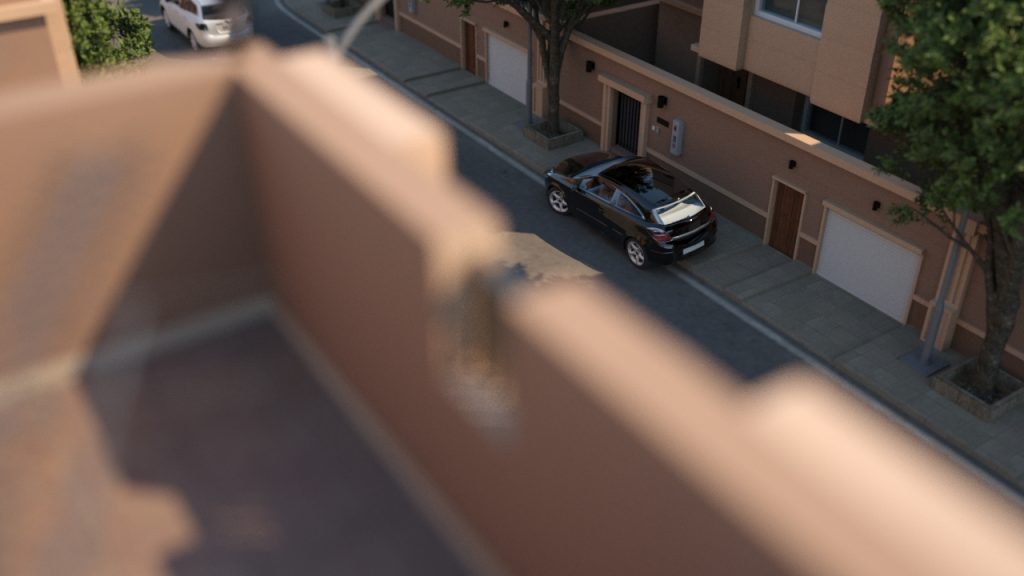 A versatile artist with a strong passion for music, film, and everything art. Khalid writes and imagines stories and visuals as the Creative Director at Bent Road Films.

He also contributes ideas, writings, and artwork to Alleviated Media, an online blog he founded.